Smartphone are expensive, easy to resell and very easy to snatch from an unsuspecting user. A thief could steal it right from your hands while you’re typing something on the street and unaware of the danger. Or it could happen on the beach while you’re taking a dip.

There are hundreds of other scenarios where smartphone theft can easily occur. The question of the day is: how to prevent smartphone theft? I’ve got 10 simple tips that you can utilize to stop the baddies in their tracks, depending on different situations.

Contents show
1. Smartphone wrist strap
2. Anti-Theft Alarm Apps
3. Keep your smartphone safe on the beach
4. Screen lock app
5. Add a security mark
What to do if your phone gets stolen:
1. Inform your network operator of theft (IMPORTANT!)
2. File a police report ASAP
3. Inform the security guard and others around
4. Track down your phone
5. Look up your phone on Craigslist, Ebay and other markets
Final Word: How to Prevent Mobile Phone Theft

This is the simplest and most affordable way to keep your smartphone safe. Attaching your phone to your wrist will prevent the theft or fall of any object that’s in your hand. Whether those are your keys, a weapon or a smartphone.

The main purpose of a wrist strap is to prevent someone from snatching your smartphone while you’re using it. Since so many mobile phone thefts occur while the user is typing on the street, the logic behind using a wrist strap is obvious. It’s also useful in preventing the phone from falling and breaking on the floor which is more likely than having it stolen in the first place.

The most popular universal wrist strap is the BlackRapid Smartphone Safety Tether System (link to Amazon). It has over 200 customer reviews and 40+ answered questions on Amazon. So you can make sure that it’s the right match for you.

Wrist band phone holders like Matone Wrist Band from Amazon can also be convenient for runners and workout enthusiasts in general, since they allow fast and easy access to the smartphone without it getting in the way of a good workout.

Chances are that if a thief notices you wearing a wrist strap they won’t even bother you because it’s too risky for them. Why should they, when there are suckers all around without any protection? 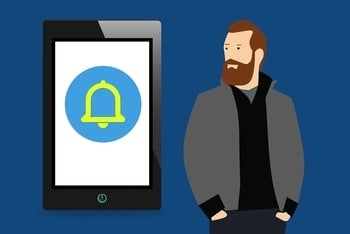 The best one I can think of is the free Prey app, which works with both Iphone and Android. It has two amazingly useful features:

It can be used not only to secure your smartphone but also other devices; laptops, tablets etc.

Tracking allows you access to the IP address as well as the location through Google Maps of your device. You have full access to the control panel so in case someone steals your phone, you can log in through a different device and track down your stolen device, delete all files in case you have sensitive information etc.

Another thing I really like is that Prey doesn’t track your device unless when you’re ready. In other words, you can toggle the tracking on/off so that it doesn’t track your location when everything’s fine and you don’t need to use it.

It can be used on these platforms: Windows, Mac, Linux, Android, iOS. And up to 3 devices per account.

There are many other anti-theft apps for Android. However, Prey has proven to be very reliable and has the most important features so I consider it the best choice at the moment.

3. Keep your smartphone safe on the beach

Beaches are like paradise for petty thieves. Swimmers and sunbathers often forget about their expensive items left on the nearby sand. It only takes a moment for a bag or a smartphone to go missing forever.

I’ve addressed this issue in my article on How to keep valuables safe on the beach. Here are some tips from that article that you can utilize:

If any of these tips seem helpful to you, I suggest you check out the full article for the best products and a more in-depth analysis.

A screen lock app allows you to lock access to your smartphone with a password. I use the basic Lock Screen app which has over 45 000 reviews and a 4 star average rating on Google Play. It’s free to use, and it’s easy to toggle it on/off. I usually turn it off when I’m at home and turn it on whenever I’m out and about.

The advantage of using a screen lock is to also prevent the thief from messing with the settings on your phone. Which could derail the functioning of other security apps, especially location trackers.

It will also prevent them from turning the smartphone off to stop the anti-theft alarm if you have one. Of course, they can always take out the battery, but if they’re running away it would still be a real nuisance.

In case your phone does get stolen it can sometimes be difficult to identify. Even if the police were to crack down on a petty thief organization and find a bunch of stolen smartphones, they may have difficulty identifying and locating the proper owners. And even if you were to find out your mobile phone is being sold on Craigslist, how will you prove that it’s yours?

For that reason it’s good to make a security mark on the phone. Use an ultra violet pen (link to Amazon) to write an alternate phone number and email address. Either on the back of the phone or on the battery itself. I suggest marking other items with an ultra violet pen that are prone to theft, such as laptops, tablets, bicycles, motorcycles, you name it.

What to do if your phone gets stolen:

If your phone is registered with a network operator make sure to report the loss to them. They will probably be willing to block its usage across any network, even if the SIM card is changed. Which will also prevent any fraudulent charges being conducted by the thief through the phone.

But this is a double-edged sword. Because if it’s disabled forcefully like that, you probably won’t be able to use it even if you get it back. But hey, at least you’ll ruin the thieves day since his catch won’t be as valuable.

If you want to take a less drastic measure, ask your operator to disable the phone number, not the account. This will prevent any calls or other use of your phone number, but the phone will be usable with a different SIM card.

When you’re either disabling your phone number or account, make sure that it’s actually done. Ask for the name of the service provider agent you’re communicating with, and write down the time and date when the call is taking place.

If they don’t want to disable it for some reason, threaten that you’ll file a complaint with Federal Communication Commission, your state’s public utility commission or any other relevant authority depending on the state and country you’re in. This should make them more likely to comply.

Also, ALWAYS ask for a confirmation that it was disabled. There should be no ifs and buts about this. Otherwise the thief could rack up a bill of thousands of dollars by making international calls and other horrible methods which could run you bankrupt. 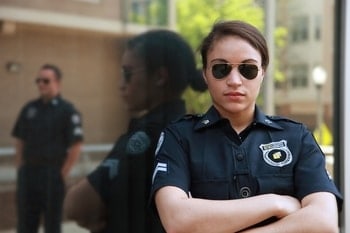 Inform the police of the smartphone theft as soon as you can. Any spending and other misconduct that happens from your stolen phone from that point forward will be attributed to the thief.

Which of course, doesn’t mean that you shouldn’t disable your phone number/account as soon as possible to prevent any unnecessary problems.

If the theft has occurred in a public place, there’s always a chance that the event was captured by a security camera or that someone who can identify the thief saw it happen. So make sure to provide the right location to the cops and let them do the rest.

3. Inform the security guard and others around

Inform any security guard on the site as fast as possible. If it happens in a mall or a supermarket they’ll might be able to prevent the thief from making a run for it. Screaming that your phone has just been stolen in the moment it happens might also help if there’s a Superman in the audience.

4. Track down your phone

If you installed Prey or a similar phone tracking app, now is the time to utilize it. Make sure to inform the police of the app and provide them with the location.

5. Look up your phone on Craigslist, Ebay and other markets

If your phone doesn’t appear in a few days, your best chances of finding it are on large retail websites that sell used products. Search for your phone by using its name and specifications, and you might be able to find it if you search regularly.

If you happen to find it being sold online, contact the authorities and let them do the rest. If you’ve used an ultra violet pen to mark your phone, let them know so they can identify it more easily.

Smartphones are expensive but also very easy to steal. That’s the worst combination a product can have from a security aspect!

We’ve all forgotten our smartphone during a crazy night out or it fell out of our pocket at some point. Sometimes we find it, other times someone else picks it up and decides to keep it for themselves.

But neglectfulness is not the only danger. Smartphone theft is a very common occurrence. Travelers abroad are especially prone to pickpockets and smartphone theft because they’re in a new setting and forgetful of their own safety. Local thieves know they’re not as prepared to fight and don’t know the terrain so they exploit this weakness.

But regardless of whether it’s clumsiness or you become a target of theft, by using the before mentioned apps (tracker and anti-theft alarm, lock screen), a wrist strap and some common sense, many of these unfortunate events can be avoided and the security of your smartphone vastly improved. Hope this helps!

Chief editor of Security Latest with vast experience in the security industry. I'm also a family man. When I'm not turning homes into fortresses, the Klapan family is usually on the Nintendo or on one of our local hiking trails.