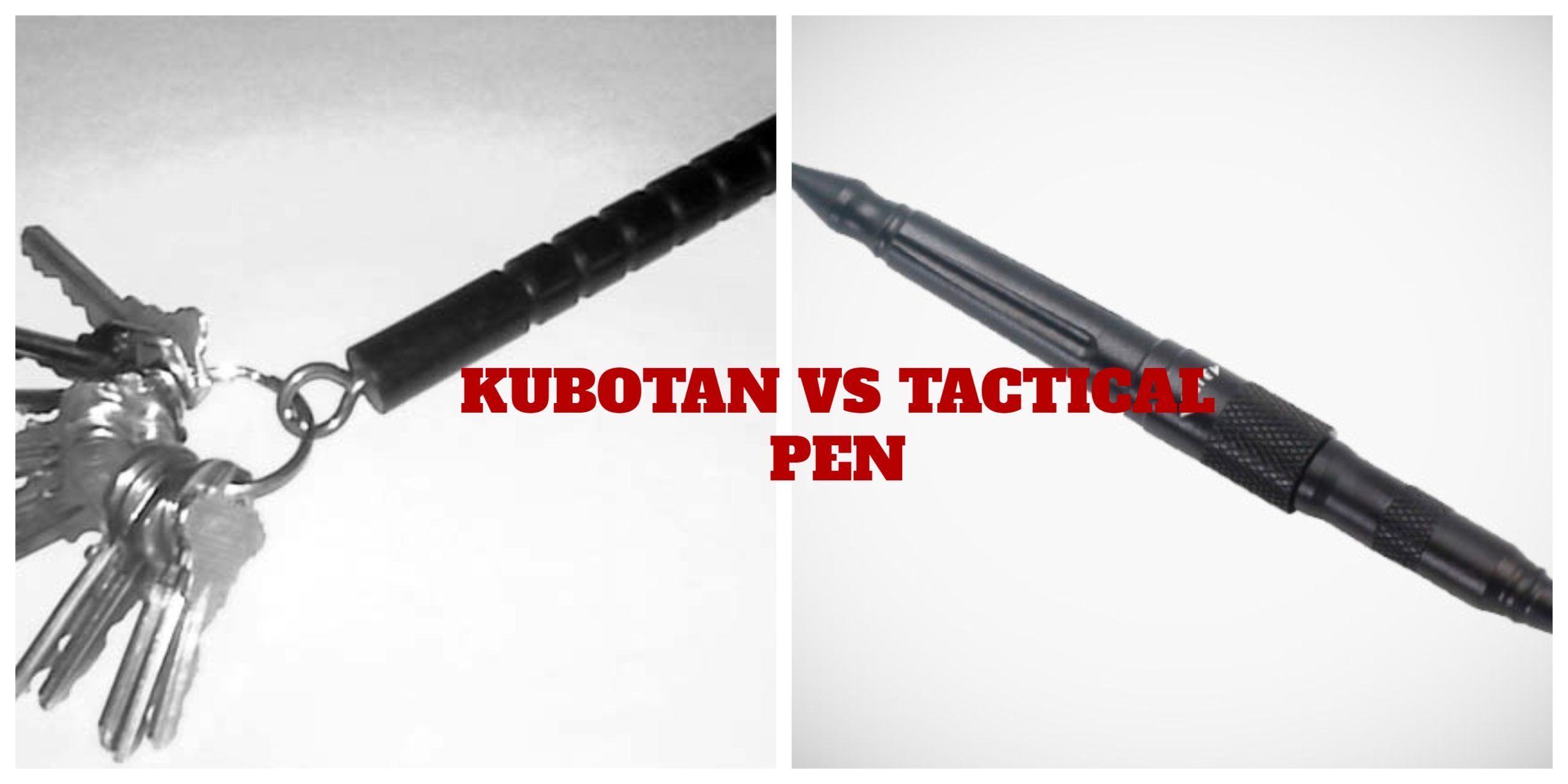 If you’re looking for a non-lethal self defense weapon you’ve definitely seen these two. They are advertised as the easy-to-carry, easy-to-use and affordable additions to everyone’s pocket.

While this is mostly true, you still only need one or the other. So is a kubotan better than a tactical pen, or vice-versa? Let’s explore the 5 main differences and then come to a decision:

This is the main advantage a tactical pen has over a kubaton in a fight. While it’s not as sharp as a knife, it’s still enough to pierce through the skin if enough force is used.

However, some would say that a big advantage of a kubaton is precisely the fact that it doesn’t cause visible damage to the attacker. It can break bones, damage internal tissue, but hitting a pressure point won’t cause any red mark.

2. Tactical pen comes with other additions

A glass breaker, a flashlight, a writing part, a foldable knife.. one or more of these additions can often be found on a tactical pen. In comparison, a kubotan is very minimalistic, having no extras. The glass breaker and flashlight can come in handy in survival situations apart from self-defense, so the tactical pen is a more versatile option.

3. A tactical pen is easier to carry everywhere

First of all, we need to be clear that laws are different everywhere. So I can’t tell you how a kubaton or a tactical pen will be treated in your location by law officials or airport security for example.

But judging from the experience of people in the self-defense community, a tactical pen will rarely be taken away from you by security. It can be taken on an airplane or a nightclub. A kubotan… maybe, but there’s a greater chance that it will be treated as a weapon.

Why is that? Because kubotan is only a fighting tool. While a tactical pen is first and foremost a pen! Sometimes it’s hard to distinguish between a tactical and regular pen anyway.

However, a kubotan is often easy to conceal and won’t attract much attention. The best way to not attract attention is to wear it on a keychain. So when you’re asked to empty your pockets, you present your keys and it looks like some random keychain addition.

4. Kubotans are larger and heavier

From the items that I’ve personally tested, kubotans were generally heavier and larger than tactical pens. Size and weight is important because if you hit someone with a heavier object and over a larger surface of the body it will hurt more and cause more damage.

However, there are pretty heavy and large tactical pens as well, it’s just that in general kubatons are the larger option.

These self defense weapons are very similar, but the differences are significant enough to mention.

In my opinion a tactical pen is a more versatile and valuable option, unless you are well-trained in using a kubotan and can really hit the pressure points of the opponent with precision. Otherwise, it’s like hitting with any relatively heavy object in your hand. A tactical pen, due to its sharpness is a more dangerous addition to your pocket.

As far as recommendations go, I can safely recommend the Smith & Wesson tactical pen, which I personally have and hold dear.