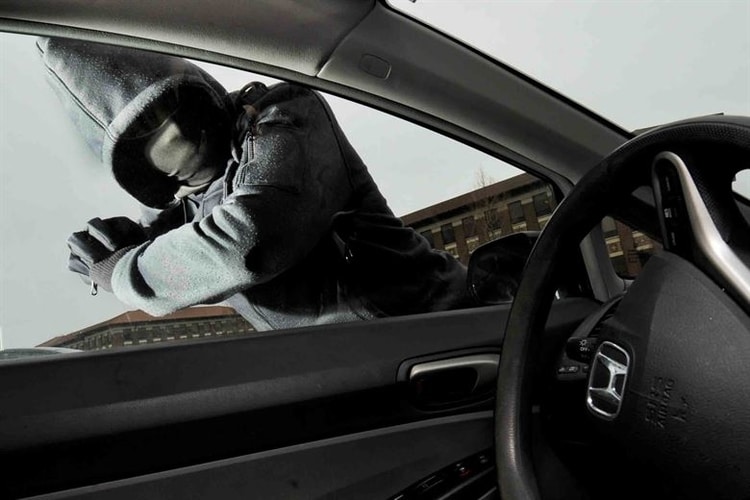 Window security film is a powerful upgrade for car windows. It’s used by the rich and the powerful for a reason! If you want to feel (and actually be) as safe as the Pope as he’s waving to adoring crowds from that adorable popemobile, you can do it. Simply install high quality security film on the windows of your vehicle. I did it way back, on both my home and car windows.

If you want my full guide on best home security window films and how to install them, please check out this article. For automotive security film, keep reading the current one:

Security film is a relatively thick layer of polyester or PET film that adheres to a glass surface. It’s usually installed on the interior side of a window.

The film’s main purpose is to keep the shattered glass in place in case of forceful impact. For that reason alone, security film is a useful addition to regular and vehicle windows, as it can improve safety in case of break-ins, earthquakes, road accidents etc.

Don’t take my word for it. Here’s a video demonstration as to the effectiveness of security film:

Some high-end security films are also bulletproof and quite expensive. They are typically used by government institutions, businesses and affluent individuals, but they can be purchased by everyone willing to make that security investment.

The secondary uses of security films include UV protection and greater privacy (privacy bonus if the film is tinted).

How to install automotive security film

Most of the security films on the market can be installed both on home and car windows.

However, it’s still important to check the product description to see if that’s the case or not, because there are exceptions. Some films are not 100% transparent. Others can be more difficult to install, requiring a good professional service to get the job done on car windows. So make sure you’re getting the right kind (hopefully my recommendations will help).

The best method of installation is to remove the glass from the window frame, install the film, and reinstall the glass into the frame. The frame will act as an anchor to the film. If this is not possible, a bead of clear (or white, if preferred) silicone around the edge of the glass, about 24-48 hours after installation, is highly recommended. This will keep the glass and film firmly anchored in the frame if the glass is broken.

If you want to leave the installation process to a professional, my recommendation is to use the Window Application Service from Amazon. Amazon does a good job of selecting experienced and on-time installers.

What a pro hired through Amazon can do for you:

This is one of the most widely used films for home and car security. It’s the one I got installed on my basement window about a year ago.

It’s completely clear and doesn’t impact visibility, but it protects from UV rays and sun glare at the same time, making it a great option for car windows as well.

Just as a high quality flim should, it is coated with a rubber-based adhesive that spreads impact over a large surface area. It should be installed on the inside of the window.

It can be ordered in different sizes:

It can be trimmed to size. Scissors or any sharp cutting device will trim it easily. Unless you take the glass out of the window and cut exactly to size, cut larger. One user suggests cutting it half inch larger, using the most straight size to place the coat over the window, squeegee it to press, minimizing bubbles, and then use the other side of the window as a guide to cut.

One user mentioned that he bought this film to prevent broken windows from golf balls since he lives on a course. The window got hit with a golf ball – the ball broke the window but the shield held the underlying glass together and maintained weather tightness. So it can be considered a reliable option in case of hurricane and flyind debris up to a point.

Overall, this is a very straightforward and affordable film, with a lot of positive testimonials so I’m confident in recommending it.

There is also an 8 mil thick version of this same film you might want to check out as well, although I recommend going with the 12 mil for extra protection.

I love this security film because it also provides daytime privacy. It’s a one-way mirror film so it can be used on vehicle windows without any dangers.

It’s installed on the inside, the adhesive backing is very strong, so it can last for years. While this is only a 4 mil thick film, it’s still pretty capable at shatter proofing.

The reduced thickness is an advantage when it comes to vehicle windows because there’s no worry about visibility issues.  However, you should be extra careful during installation for the same reason.

As the manufacturer recommends: Please remember to take caution when handling the film as the slightest fold will create a permanent wrinkle.

Another bonus of this security film are the free installation tools and straightforward installation guide. So even if you’re DIYing your windows, you’ll have all the necessary tools and instructions you need.

Just like the previous security film, this one can also be installed both on regular and car windows.

GordonGlass is a reliable window film manufacturer and this is their top product. This window film is moderately thick, and on top of excellent shatter protection, it also provides UV rejection of 90% VLT, it’s virtually clear and blocks 99% of UV rays.

Here’s some useful installation advice from a customer:

You put water with a few drops of soap in a bottle and spray the window. The film is thicker than sun tint. It slides on the glass. After you work out the air bubbles it will then dry and the film will stick to the glass.

Overall, a reliable film just like the other two, a moderate option in terms of thickness, providing full visibility through the window. Unfortunately, no extra privacy, like with the previous recommendation. Also, it can be installed on regular windows as well.

Can I install window security film over tinted (privacy) film?

Generally, it is not recommended to install film on top of film. “Stacking” window films can often result in the glass becoming too warm, raising glass temperatures beyond the manufacturer’s suggested limits.

Also, excessive heat can cause seal damage (on dual pane units) or glass breakage. If you’re worried about privacy, I suggest getting the second option on this list, the one-way mirror security film.

Security film is one of the best products for protecting homes, businesses and vehicles from intruders and various accidents. Windows are the weakest link in these structures, and flying glass shards in case of an earthquake or road accident can be harmful to say the least.

Security film will keep the glass surface in place in case of impact, regardless of whether it’s source is a human hand or a natural catastrophe. So I hope this list and the installation advice will help you in making the best purchase for a safe and pleasant automotive experience.