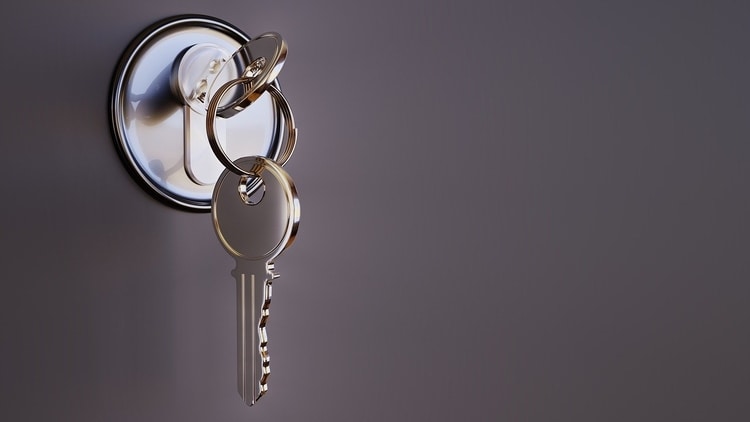 The front door won’t lock and you’re afraid to go outside without fixing it first. Or perhaps it’s the bathroom door and you’re trying to avoid an awkward situation with your roomies? In any case, there’s a quick fix for a door that won’t lock.

Why your door won’t lock

Thankfully, these problems can often be easily fixed even without a locksmith. With some DIY skills and basic tools you will probably be able to fix a door that won’t latch.

Tools for fixing a door that won’t lock

Quick fixes for a door that won’t lock

What if my door still won’t lock?

If you follow these steps and the door is still acting up, you could be dealing with a more complicated problem.

Most commonly, the doorknob internal mechanism failure. This is an issue where a DIY set of skills and tools falls short. The doorknob will simply need to be changed.

Any time a door won’t lock can be incredibly frustrating, especially if you’re in a hurry. But there are certain things that can make the situation worse:

6 Most Effective Ways to Lock a Door Without a Lock!

Emergency tips for a door that won’t lock

If you’re in a bit of an emergency, the following tips can be used to secure the door until you’re able to fix it:

When your front door won’t lock you can be scared to leave your property or simply annoyed if it’s an inside door. In either case, it’s a problem that needs fixing sooner rather than later.

When the problem arises due to a poorly positioned internal mechanism it can usually be fixed with a simple screwdriver and/or a hammer.

But when you’re dealing with an issue of overuse, often the best solution is to contact a professional locksmith and/or replace the overused part(s).

If you’re not able to fix the door for some time, I recommend using one or more of the emergency solutions to secure your door better until the door is fixed and perhaps in the long run as well. Hope this helps!