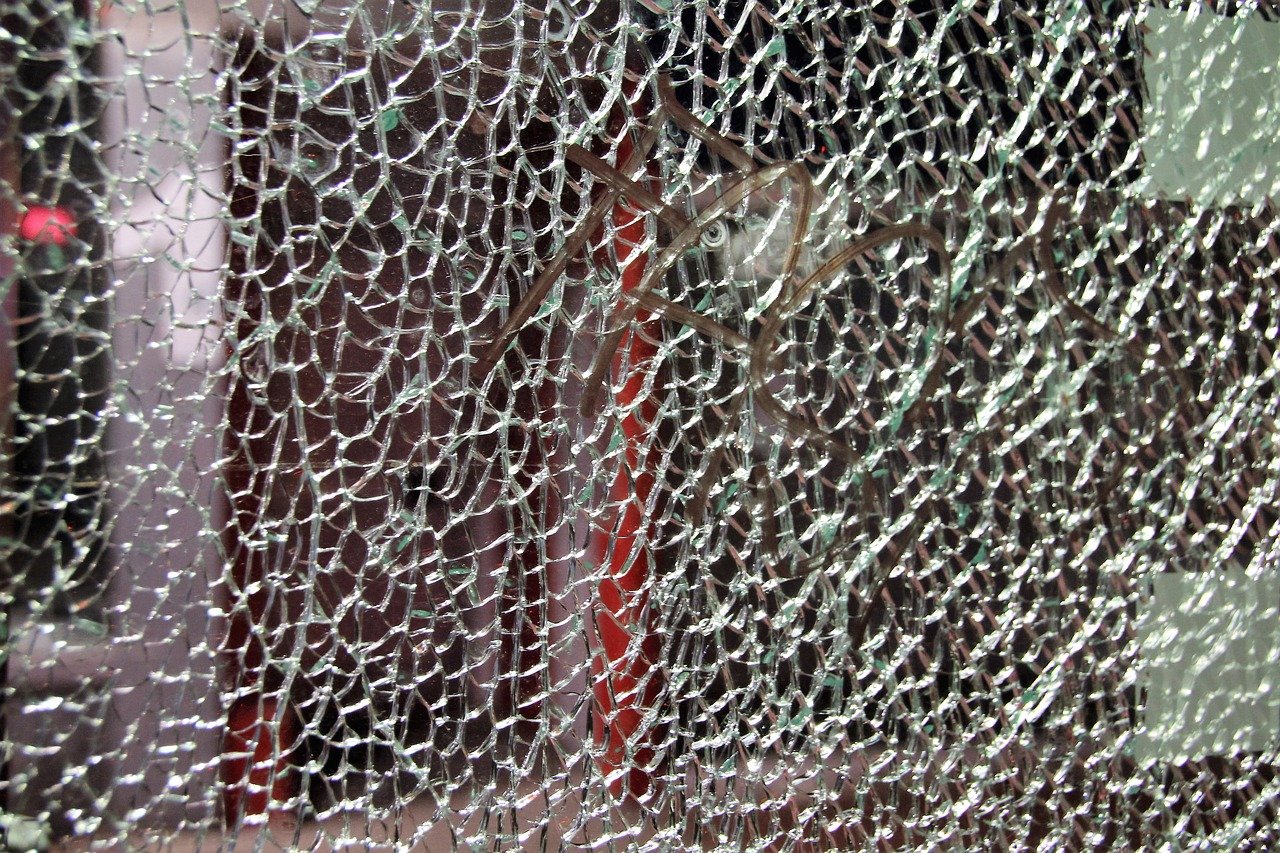 Whether you belong to interior designing or automobile industry, you need to know the types of laminated glass. It will help you develop functional designs and make cost-efficient decisions.

What is Laminated Glass?

As compared to normal glass, laminated glass is a robust safety glass that is hard to break. Even if does break, it stays intact and does not shatter into a million shards.

How does it stay intact upon strong impact? The answer lies in its construction. Two plies of basic (Annealed glass) are stuck together by adding a thin film of a polymer between them. The polymer acts as a glue that forms a permanent bond. These interlayers form a strong structure which holds itself together even when it breaks.

Take a look at this video to understand better:

The polymers Ethylene Vinyl Acetate (EVA) and Polyvinyl Butyral (PVB) are used as inter layers in laminated glass. PVB is the older material. It has been used for the glass lamination for many years. However, EVA is newer and challenging current PVB as an alternative laminated material.

EVA has some advantageous properties over PVB. For example, EVA has better flexibility and adhesion property than PVB. In addition, it is also able to outperform PVB by overcoming some of its drawbacks. Due to capillarity, PVB laminates suffer from water penetration around the edges. It negatively affects its durability and mechanical resistance.

There is another great advantage of low water absorbance of EVA as compared to the PVB. This makes EVA less energy consuming than PVB. Since, it becomes possible to store and manipulate the EVA film out of climatic chambers. On the other hand, PVB has to be manipulated inside the chambers and that too before lamination.

While PVB is the oldest inter layer used to laminate glass, (It’s first time use dates to 1930’s) there are other polymers competing with it. Another popular interlayer material is SentryGlas Plus (SGP).

SGP is an excellent material to be used for laminating glass in outdoor use. Although Laminated glass that uses SGP as an interlayer has higher cost, however it is cost -effective because of its advantages. For example; SGP Laminated glass has great clarity.

SGP interlayer is 5 times stronger than PVB. It is reportedly 100 times more rigid than   PVB. SGP is ideal for use in laminated glass for outdoor projects. Unlike PVB, it has high endurance for tough weather conditions. The exposed corners of PVB tend to absorb water, so it starts decaying within a year or two.  SGP laminated glass isn’t posed to such concern.

Even if glass panes on both sides of an SGP Laminated glass get damaged, it can stay intact. This property makes it  ideal for security purposes.

Toughened/Tempered Glass and Laminated glass are NOT the same. Although both are considered better than standard glass. The confusion arises because they are both used alternatively in home interiors.

Both are types of safety glass that offer protection against break-ins and damage from severe winds or impact. The major difference between them is how they react when smashed.


What are the benefits of laminated glass

If you want to know more, here’s a deeper comparison of laminated and tempered glass.

Laminated glass is gaining popularity because of its safety. The way it breaks, doesn’t leave a hole large enough for intruders to pass through. Therefore, it is ideal for use in homes and offices.

Depending on the level of attack (smashing force) a laminated glass can endure, It has following types.

The increasing threat of terrorism and violent criminal activities has resulted in the production of this type of laminated glass. The blast resistant Laminated Glass provides solutions to lower the risk of injury and mortalities from unprecedented blasts or bombs.

They are designed to absorb maximum energy from the explosion. It also disperses the impact of pressure wave. Laminated glass is able to retain the broken glass, therefore avoiding flying glass shards.

The gel in the interlayer is specially designed to absorb the explosion and heat.

The fire-resistant laminated glass acts as a barrier, preventing the spread of flames and smoke in the event of a fire. Some types of fire-resistant glass even provide a degree of heat insulation emitting from the fire.

The impact of the bullet remains confined within the surface of the glass pane that has been struck. Thus, helping to reduce the scope of fatal injuries from gun attack on the other side of the glass.

The solar control laminated glass has become a necessity, especially in the structures with glass roofs. For example, conservatories.

The latest solar control laminated glass window solutions for radiation control have become popular. They reflect and filter the sunrays, allowing natural daylight into the room, but without uncomfortable visual glare.

They are energy efficient as they help keep indoor spaces cooler during hot sunny days, reducing the need for air-conditioning.

The solar control laminated glass is manufactured by tinting and/or applying a metallic coating on the surface. This coating offers a neutral appearance. It also effectively absorbs UV radiations, permitting least UV penetration into the room.

With the hustle and bustle of the noisy life today, it has become essential to soundproof buildings. Whether, it is a home or office, to build a peaceful environment inside, this type of laminated glass is used in doors and windows.

These are designed to reduce noise pollution. This type of safety glass, sometimes called Acoustic Laminated Glass, has an additional PVB interlayer. This layer dampens sound by up to 90%. This means they offer sound reduction up to 47decibels.

The increased thickness also provides additional security. Therefore, it is ideal for not only the building architecture, but also the partitions, office cabins and meeting rooms.

1. What are the three basic types of safety glass?

2. What is the best material for glass lamination?

Beside PVB, other important thermo-polymers such as EVA (Ethyl-Vinyl Acetate) are used for laminating glass. EVA is becoming more common due to its greater durability, mechanical resistance and adhesion to glass. Another material, the thermoplastic polyurethane (TPU) has also started being used as an interlayer. It has high adhesive properties not only to the glass, but also to the polymer interlayers.

4. How many layers are there in a laminated glass?

There are three basic layers. Two glass panes sandwiching an interlayer of thermopolymers. There may be two to three interlayers. With each additional layer, the thickness of the laminated glass increases.

5. What is Standard Glass?

Standard glass is also called annealed glass. It is the basic glass which is produced in the beginning. The standard glass is then then treated with chemicals or temperature to produce toughened glass. An interlayer of polymer is sandwiched between two standard glass panes to produce laminated glass. It breaks into long sharp splinters if broken. It can cause serious injuries therefore it isn’t used as it is.

If you’re looking at laminated glass for security or privacy reasons, perhaps window security or window privacy film would be a better option for you. This is a plastic film that you can install over standard glass pane. It’s way more affordable but it can be quite effective as well. To learn more check out my guide on window security & privacy films.