You’ve probably noticed that there are many home security systems and other options such as advanced locks, video doorbells etc.

It can get overwhelming trying to pick the device and method that’s right for your home without spending too much money. It’s the common “choice paralysis”, where you have too much options at your disposal. In other words, you can’t see the forest from the trees. Furthermore, if the option is more expensive it doesn’t mean that it’s necessarily better.

So in this article I want to show you how to save money on home security without jeopardizing your security results in any way. These 4 simple tips will help guide you in the right direction.

By analyzing your home’s most vulnerable security points, you can focus on them instead of placing cameras or upgrading locks all across the spectrum.

Simply by prioritizing properly, you can save money because you’ll narrow down the places where it makes sense to spend money and where it doesn’t.

Here are some vulnerabilities to consider. They are doors and windows that are:

Some entry points that fit the description are:

Once you’ve located your vulnerable entry points, how do you choose the best devices to protect them and save money in the process? Let’s find out!

Surveillance cameras and fancy video doorbells are definitely useful. Both as deterrents, recorders and potential alert systems (if they’re equipped with motion detectors).

Unfortunately most of these high-tech devices require subscription to a service in order to store the recorded footage and to alert the authorities or a security company in real time.

There are popular security cameras like Zmodo wireless cameras that are pretty affordable and can send you an alert on your electronic device for free. But you will still need to pay for storing the recorded footage after the first free month has expired.

Obviously, the camera will work fine without storage and it’s not a problem if you’re only worried about receiving alerts. I’m just saying, there’s always some extra cost or dependency that goes along with high tech devices.

After all, even in the case of a Zmodo camera, in order to receive an alert you will still need to have an electronic device at hand at all times to make sure you won’t miss out on an alert.

While I’m aware of the big benefits of using surveillance technology, I recommend starting your home security project by focusing primarily on low tech options, because they tend to be cheaper, easier to install and require less maintenance.

Some affordable low tech options for doors and windows are:

In a nutshell, avoid devices that work on a subscription model. Focus on the ones you can install once and not have to worry about their maintenance and extra fees.

That’s the easiest way to save money on home security, after you’ve identified the most vulnerable points of your home and decided to focus on securing them.

The famous ancient Chinese general Sun Tzu never allowed his enemies to know his full strength. One time he was severely outnumbered. As the enemy was approaching the city he was meant to defend, he decided to open the gates and start playing his flute from a nearby tower.

His opponent was not sure what to think, and eventually decided not to lay siege, fearing that it’s a trap and that Sun Tzu is either waiting for big reinforcements or that he sent his army on a more important mission which could prove devastating in the long run.

The moral of the story is: keep your enemies guessing. And that’s where security deterrents come into play. I’m talking about warning signs and stickers, dummy cameras, motion detection floodlights and similar devices.

So if you’re on a tight budget, instead of purchasing expensive security cameras, get a pack of dummy cameras instead. You can easily mount them on any surface and they look just like the real thing. Some of these even having a beeping red light.

Warning signs that warn of a surveillance system, a neighborhood watch, a guard dog or that you’re exercising your 2nd amendment rights on your property can also work pretty well.

Motion detection floodlights (I have these lights installed above my garage door) are great deterrents because they illuminate the area if someone walks into it. They’re great for back doors and windows where otherwise a burglar could easily sneak undetected.

All of these devices and deterrents are relatively cheap. Use them to create an illusion that your home is an impenetrable fortress and strike fear into the hearts of potential burglars. Chances are that they’ll switch to another target rather than try out their luck in the hopes that you’re bluffing.

However, don’t rely solely on deterrents. If an intruder is crazy enough to ignore them, you should still make it difficult to enter your property by using some of the real security devices that I mentioned before.

Recently a group of researchers from UK created a survey, asking 12 former burglars about the best home security deterrents. They said that they were less likely to break into a home if one or more of these deterrents were present:

Basically, most burglars are opportunists, wandering the streets and looking for easy prey. With so many homes that are vulnerable to break ins, you can definitely make your home seem like a less attractive prospect by using some of these methods.

Unless you’re a billionaire with furniture and appliances that are worth millions of dollars. In that case you will always be an attractive target for thieves. But I suspect you wouldn’t be looking for ways to save money on home security in that case anyways. 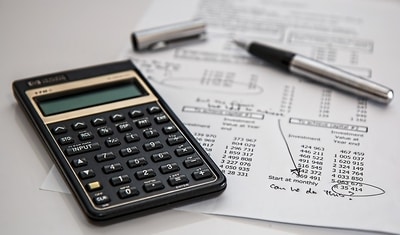 Having home insurance can definitely come in handy in case a burglary does happen. Insurance companies will always weigh the risks of that happening, which will determine the cost of the insurance. By upgrading your home security you might be able to reduce the cost and save money.

Check with your agent to see if that’s possible or not, and what are the requirements. Perhaps you could save extra money on your insurance simply by using these relatively affordable, low-tech devices that I mentioned. Or perhaps you would need to invest in a more comprehensive security system.

Either way, upgrading your home security could turn out to be a great investment if it cuts down on your current insurance cost while providing you with the extra security at the same time.

So if you want to secure your home on a budget, my main suggestion is to use simple devices and focus on actual weak points. Many people use indoor security cameras, video doorbells, complex alarm systems, biosensor locks and similar products.

I love many of these devices because they make use of the latest technology. But they’re often more expensive than a basic outdoor security camera, a solid deadbolt lock or a thick chain, glass security film etc.

After all, surveillance technology can do only just that – monitor the area. It can’t physically stop a break in. But a thick chain or a strong lock can. Cheap deterrents like warning stickers and dummy cameras will literally prevent many thieves from even trying to break in.

So there are obviously less expensive options available that are just as effective. Hope this helps!

Want to see home security devices that I recommend? Check out the other articles on the site for the area you want to secure. Or check out my 43 DIY Home Security Tips article which is the ultimate collection of the best home security tips.